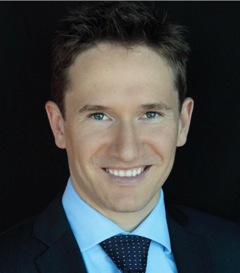 As the MD & CEO of Mainstream Aquaculture Group (Mainstream), Boris is responsible for strategic management of a large scale vertically integrated producer and supplier of Barramundi. Mainstream is one of the largest suppliers of Barramundi table fish products in Australia and is the global market leader in the provision of juvenile fish (seed stock) to the Barramundi aquaculture industry, exporting to 24 countries across five continents. Mainstream operates a multi-site business which includes the world’s largest aquaculture production facility of its type in Melbourne, Australia, and two pond farming operations in far north Queensland, along with the world’s largest Barramundi hatchery. Boris has been Managing Director since 2012 and under his stewardship company value, revenue and profitability have all increased exponentially with Mainstream recognised by Business Review Weekly as one of Australia’s 100 fastest growing companies across successive years.

Boris’ background is in financial services. He commenced his career in funds management business, Boutique Development & Marketing Direct and more recently, Boris spent five years at Macquarie Group, the last two as a Director of Macquarie Global Investments. He performed multiple roles across agricultural asset management, private equity, investment banking and traditional funds management, with his final position Global Head of Sales for Macquarie’s Alternative Investments division. During his tenure, he was appointed to the Macquarie Global Investments leadership team and held a position on Macquarie’s Global Deal Assessment Committee.

Boris is a member of the Juvenile Diabetes Research Foundation Finance and Audit Committee and has previously chaired this Committee, along with the State Committee. He is also a member of the Australian Institute of Company Directors and is a Director of the Wyndham City Refuse Disposal Facility. He holds a Bachelor of Commerce from Deakin University and is a Deans Scholar in Finance (top 1% of graduates). He also holds a Diploma in Natural Resource Management and a Masters of Applied Finance with majors in Corporate Finance and Investment Management.

Professor Rocky de Nys
Get all the latest barramundi news to your inbox: