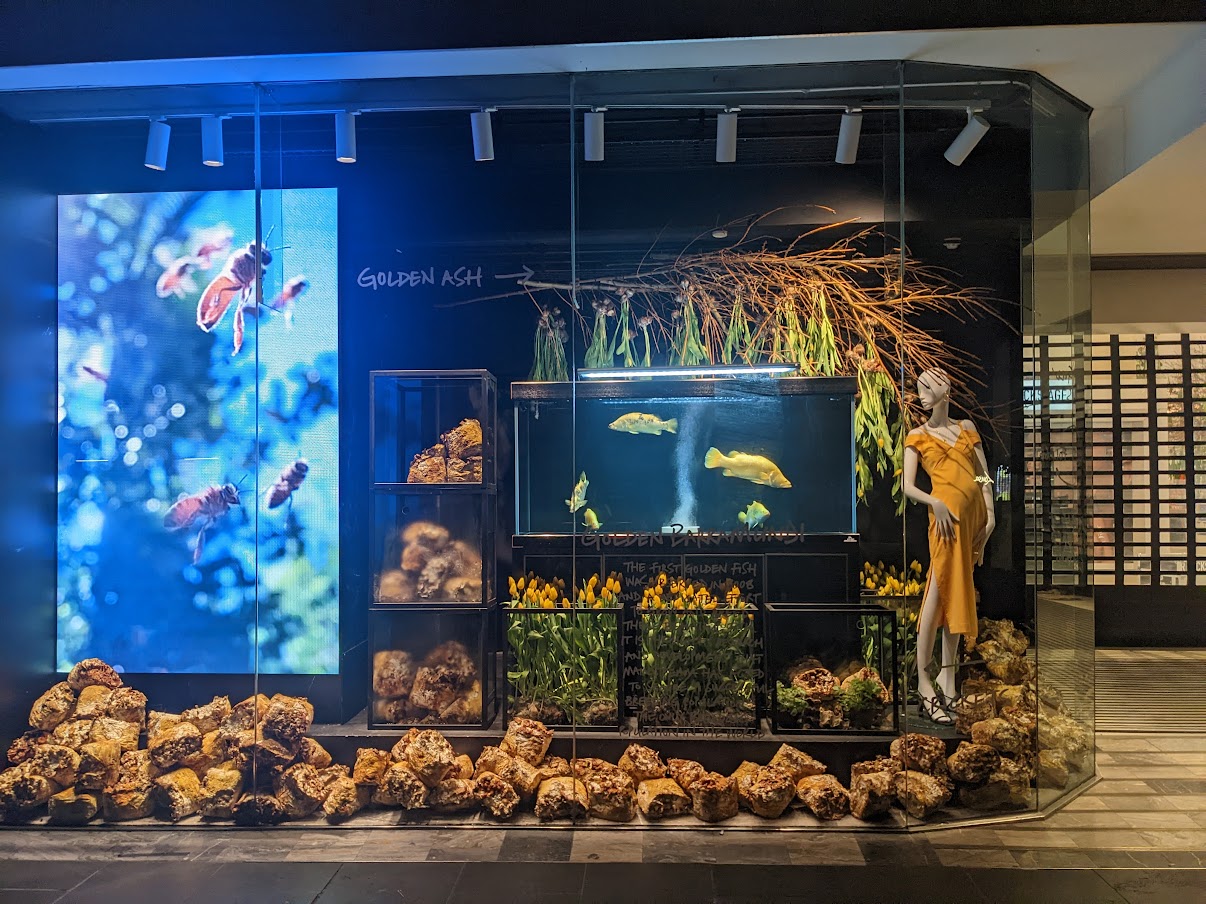 MainStream Aquaculture’s beautiful Golden Barramundi have been featured as part of David Jones’ 2022 Spring Flower Show. Crafted by environmental activist and floral artist, Joost Bakker, the show includes all forms of nature, with hundreds of different species on display, all coming from suppliers, growers, and producers around Melbourne.

This included oyster mushrooms in candy hues, mycelium blocks, snails, a tank of MainStream’s rare Golden Barramundi, crickets and other insects, all housed under canopies of tulips, golden elm branches, yellow forsythia, apple and pear blossom. “I want to get people excited about the beauty that surrounds us,” Bakker said, “to understand and feel like they’re immersed in an ecosystem where every single element is connected.”

Our Barra has world chefs on a silver platter
Get all the latest barramundi news to your inbox: